Hindu weddings are vibrant, intricately planned, culture-rich festivities full of celebration and tradition. While the very essence of a Hindu wedding ceremony is the physical, spiritual, and emotional union of two people; it's also about the coming together of two families through prayer and celebration.

“A Hindu wedding lies somewhere between the couple’s expectations while blending their family traditions,”.
“With many rituals and mini ceremonies leading to the main ceremony day, it binds the couple and both families for eternity.” 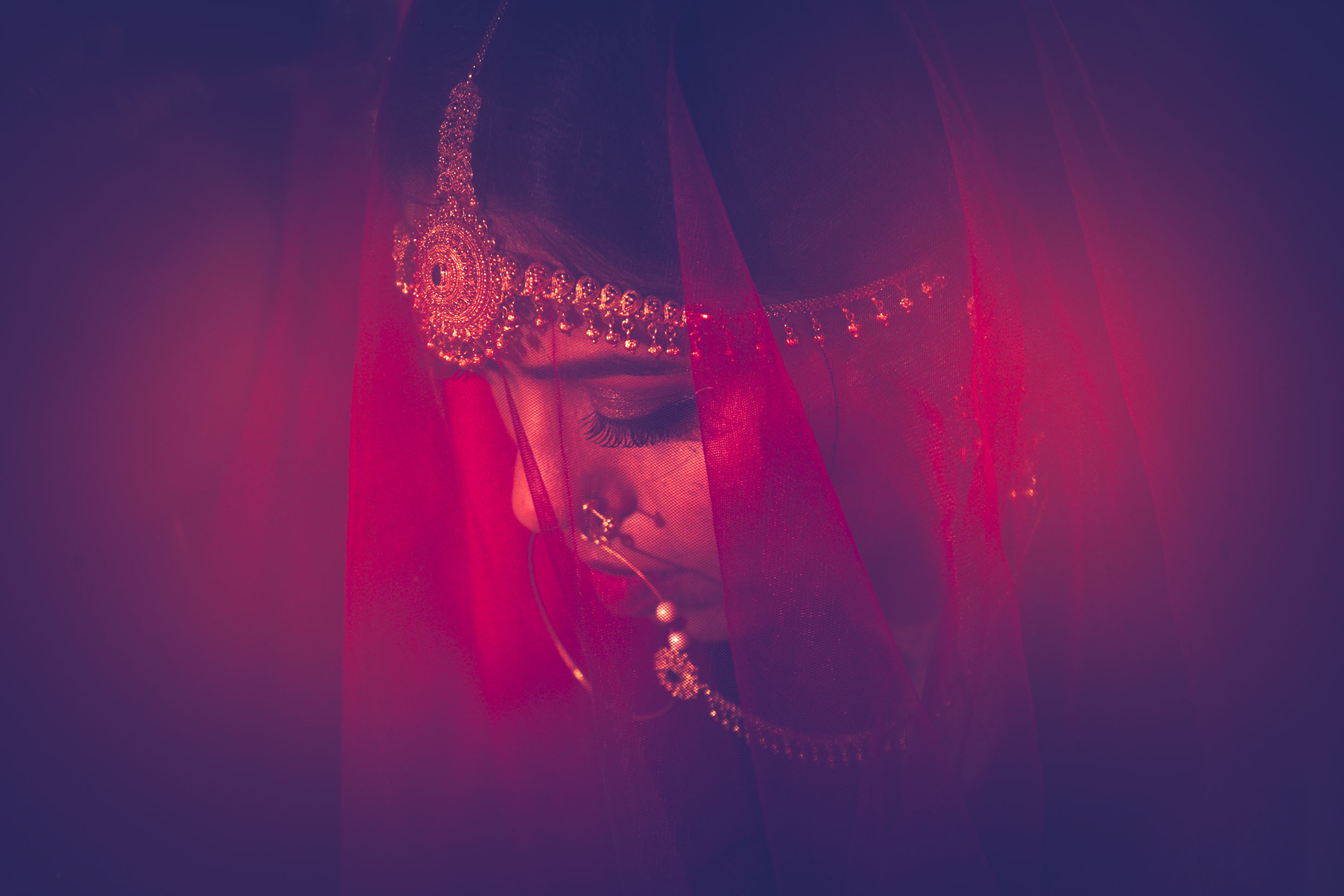 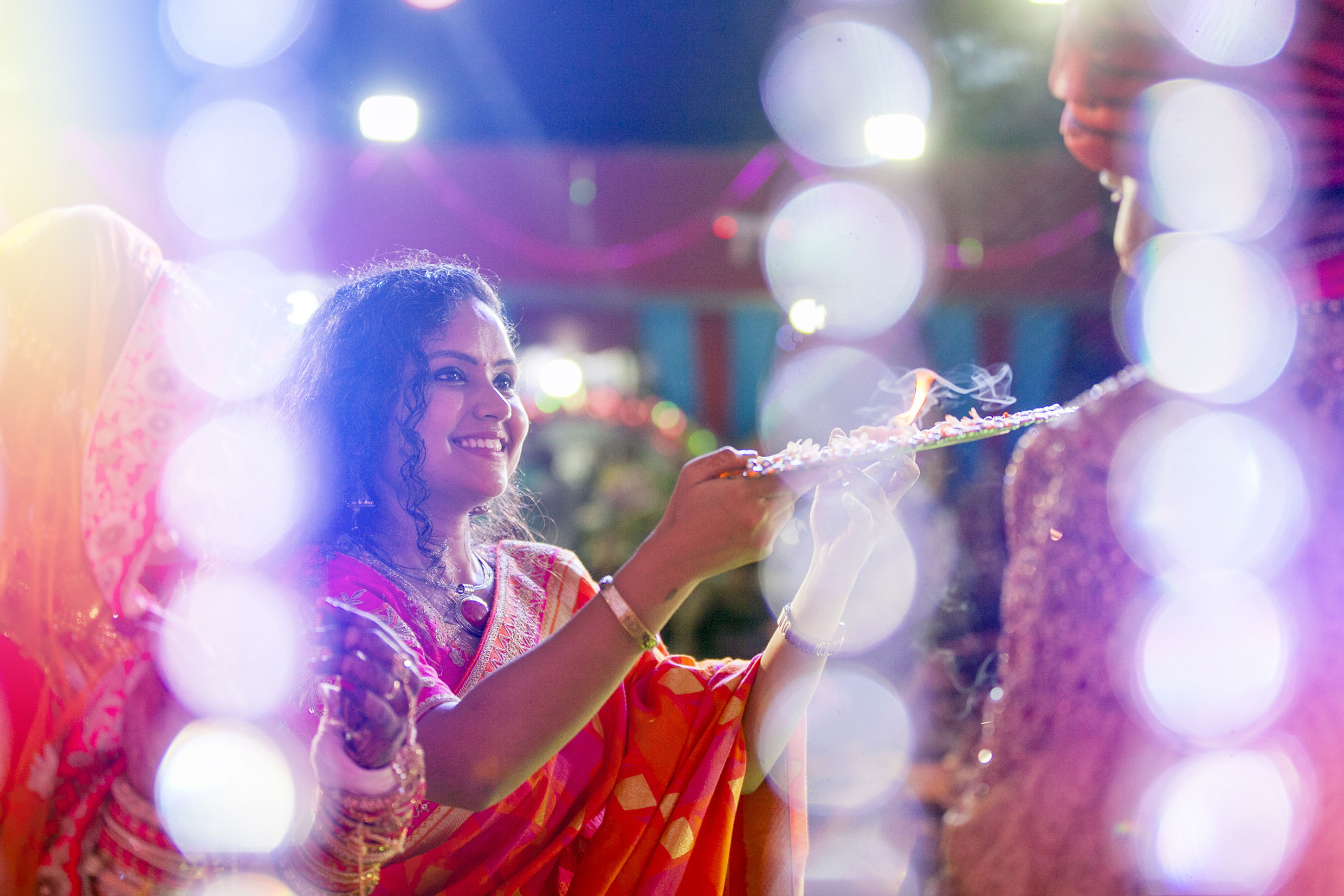 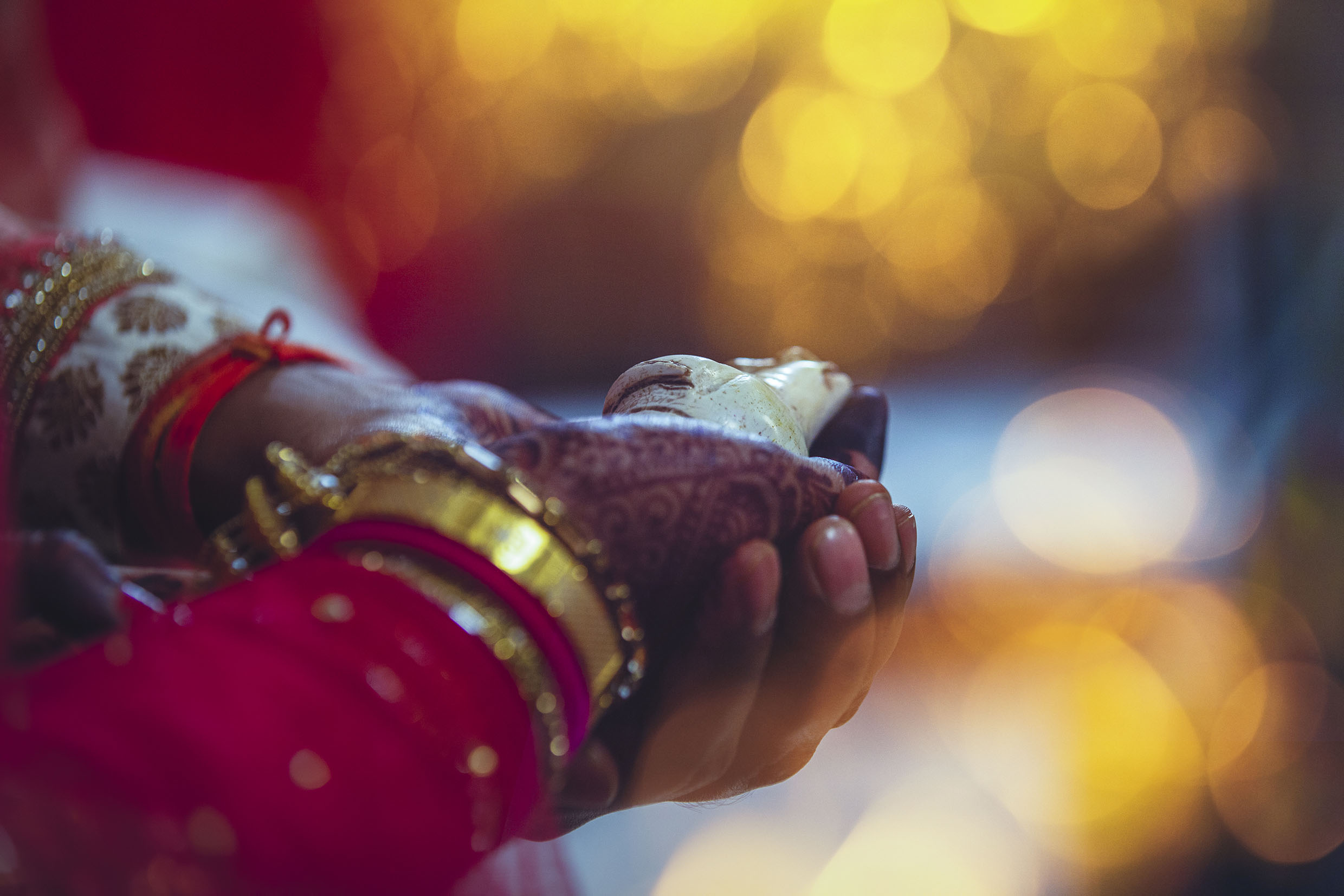 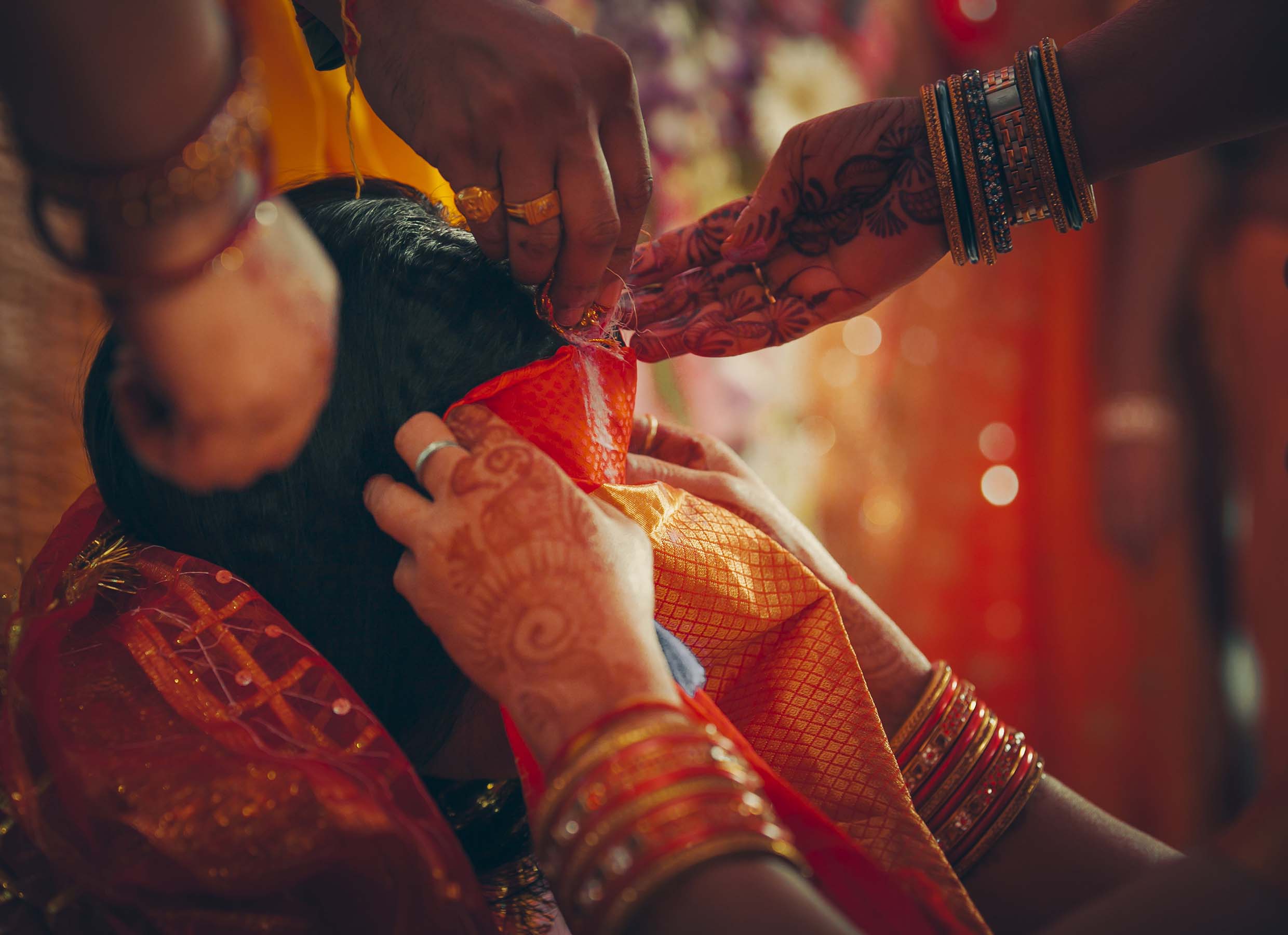 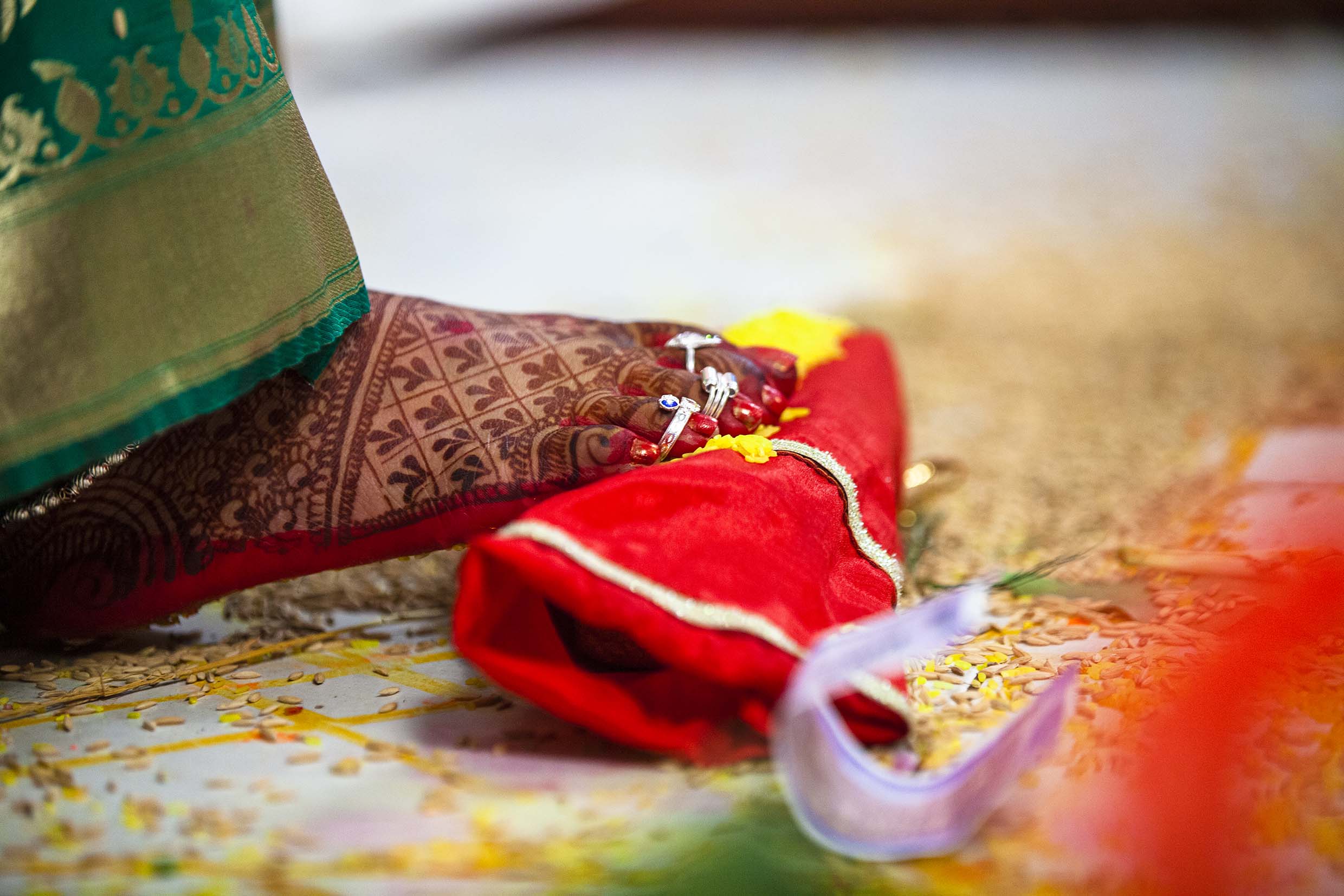 Everyone Performs at the Sangeet

Prior to the actual wedding, there’s a gathering called the sangeet or garba (depending on the regional background) where family comes together to sing, dance, and revel in the joy of the upcoming union. Fittingly, sangeet directly translates to “sung together.”

Each side of the family sings a traditional folk song to welcome the other, and family members may even give full-blown performances in celebration and cheeky competition.

The Bride’s Hands and Feet Are Adorned with Henna

The mehndi ceremony, a big party traditionally only attended by the bride’s close female friends and family members, kicks off the wedding itself. The event usually takes place one day before the nuptials (on the same day as the sangeet), as the process can take hours. During the festivities, henna paste is used to apply intricate designs of temporary decorative art to the bride’s hands and feet. While the designs usually reflect floral motifs, it’s also common to hide her partner’s name within the artwork and watch as they try to find it later—a process believed to reflect the amount of patience that will be present in their marriage.

In fact, many Hindu beliefs focus on the meaning revealed by the color of the wedding henna. “The first one, which is what I learned from my family, is that the darker the henna, the more a mother-in-law will be fond of her daughter-in-law,” says Patel. “Others that I have come to learn through working with Hindus from different regions state that the darker the henna, the stronger the marriage or the more the husband will love the wife.”

The Bride Wears a Red Dress

Don’t expect a bride in white at a Hindu wedding! “Traditionally, a South Asian bride will wear a red sari or a modern lengha to be wrapped in on her wedding day,” says Patel. “The beautiful patterns and richness of the color with gold embroidery in her outfit symbolize commitment and fertility.”

However, many modern brides also choose to don a variety of rich, saturated hues from pastel floral prints to bright yellows and bold blues emblazoned with sumptuous embroideries.

The Groom’s Arrival Is a Celebration in Itself

The arrival of the groom and his party to the ceremony site, called the Vara yatra or baraat depending on the region, is celebrated with boundless joy. As guests arrive, they are divided into the bride and groom’s side. The bride’s side will be directed to a meeting place while the groom’s guests join him on his processional entry.

“This means that upon arrival, the groom’s guests will be redirected to join the ‘mini parade’ instead of going straight to the hall,” explains Patel. They are greeted by the other set of parents, family, and friends amidst live music and dancing. The party is welcomed with a special rice toss, known as Akshat, and the groom is presented with a plate carrying a lit lamp (or Arati), and a garland. Sometimes a tilak, or dot on the forehead, is also administered.

The Father of the Bride Gives Her Away

The bride will be led to the ceremony by either her brothers or uncles. The moment the father gives the bride away is known as the kanya Daan. In the Hindu tradition, no groom can claim a bride until she is offered. During the ceremony, the father of the bride places his daughter’s hands into her soon-to-be spouse’s hands as a gesture of giving her away.

The Couple Weds Under a Mandap

The wedding mandap, or wedding altar, is a temporary structure constructed for the purpose of the marriage ceremony. It may appear on an elevated platform and is decorated with anything from flowers and greenery to fabric and crystals. The couple is traditionally joined beneath the mandap by their parents and the ceremony officiant.

Center of the Mandap

A Fire Burns in the Center of the Mandap

In the center of the mandap, a fire is kindled. A Hindu marriage is a sacrament not a contract. To signify the viability of the ceremony, fire is kept as a witness, and offerings are made. The bride’s brother gives three fistfuls of puffed rice to the bride as a wish for his sister’s happy marriage. Each time, the bride offers the rice to the fire. This offering is known as a homam.

🤍 'Cause we were just kids when we fell in lov

Bride: A woman with a fine prospect of happiness b

Art is not what you see, but what you make others

Most of the people like to know the difference bet

The Bride 💛 Akansha | @akansharoy02 "And ove

A baby is God's opinion that life should go on. .

"Bride: A woman with a fine prospect of happiness

It's good as an artist to always remember to see t

Transformation, liberation and celebration are the

Dark and light striking each other, vividly etchi

‘Sindoor’ – A Belief Of An Indian Married Wo

A fashion is nothing but an induced epidemic. #Pa

ALL RIGHTS RESERVED. COPYRIGHT © 2018-22
Disabled by administrator
WhatsApp us